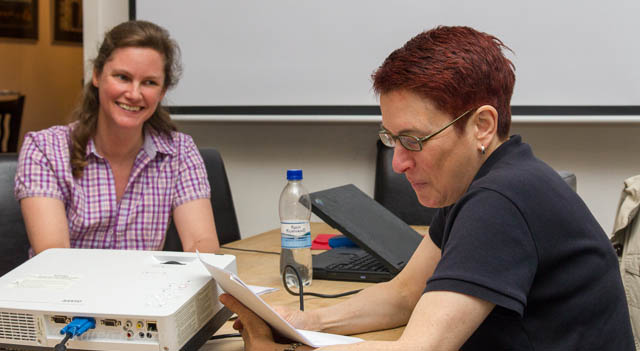 Thanks to Andrea Althoff for her stimulating presentation at our Stammtisch on the subject of “The Mayas, the New Religious Pluralism and Democratization in Guatemala”. There were lots of questions which she patiently answered and everyone left with a much better picture of the complicated situation in Guatemala.  The following is an excerpt from her lecture:

Two unprecedented and striking developments form part of the reality of many Guatemalans and, in fact, Latin Americans. Recent decades have seen a dramatic rise of a new religious pluralism, namely the spread of Pentecostal Christianity – Catholic and Protestant alike – and the growth of indigenous revitalization movements. This presentation analyses these major transitions and connects them by asking: What roles do ethnicity and ethnic identities play in the contemporary process of religious pluralism such as in the growth of the Protestant Pentecostal and neo-Pentecostal movements, the Catholic Charismatic Renewal and the indigenous Maya movement in Guatemala? Furthermore, this presentation looks at the specific political and economic connection the neo-Pentecostal movement has with the Guatemalan elite and into the United States. This last aspect is of importance not only because former dictator and president General Efraín Ríos Montt, who was recently convicted of genocide and crimes against humanity, belonged to a neo-Pentecostal church but because the peace and democratization process is tied to this issue.

This entry was posted in Archive, Event, Meeting and tagged event, june, stammtisch. Bookmark the permalink.