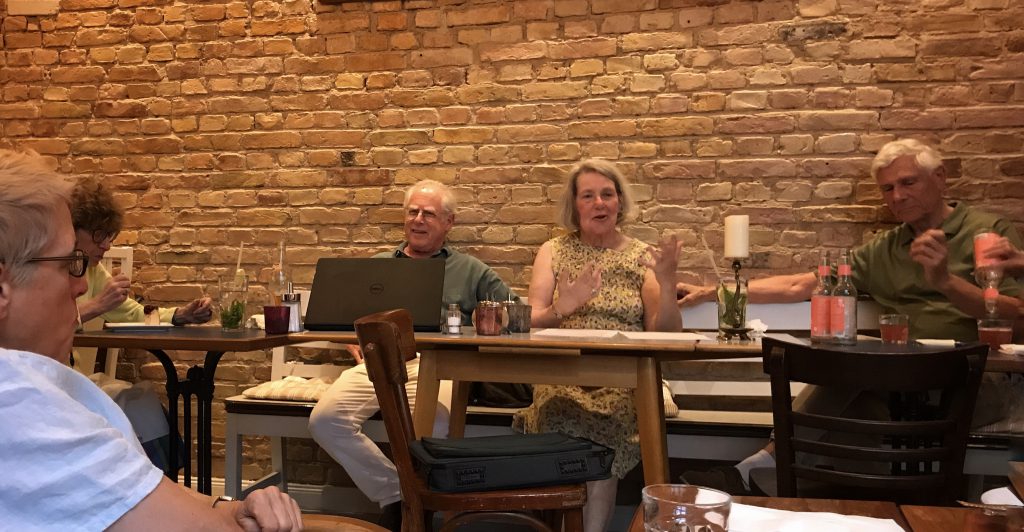 This week we had a special speaker, Ellen Rosen, who told us about Frances Perkins, the principle architect of the New Deal. Ellen is working on her next book, which has the tentative title: Frances Perkins, Secretary of Labor: A Woman Who Worked for the Common People. Ellen sent us a brief biography with good photos from the Frances Perkins Center: http://francesperkinscenter.org/life-new/. Here is an excerpt from the biography: “When, in February, 1933, President-elect Roosevelt asked Frances Perkins to serve in his cabinet as Secretary of Labor, she outlined for him a set of policy priorities she would pursue: a 40-hour work week; a minimum wage; unemployment compensation; worker’s compensation; abolition of child labor; direct federal aid to the states for unemployment relief; Social Security; a revitalized federal employment service; and universal health insurance. She made it clear to Roosevelt that his agreement with these priorities was a condition of her joining his cabinet. Roosevelt said he endorsed them all, and Frances Perkins became the first woman in the nation to serve in a Presidential cabinet.”

This entry was posted in Event, Home. Bookmark the permalink.