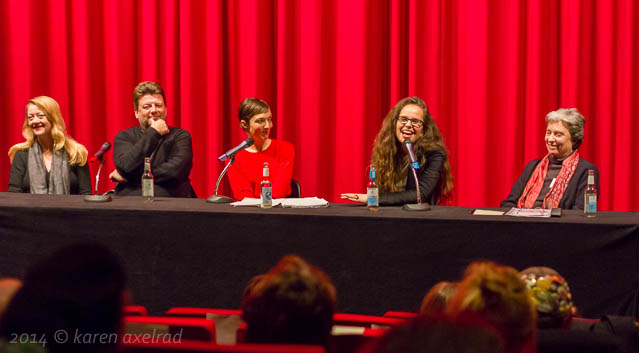 The premiere of 1971 at the One World Film Festival was a great success.  It was introduced by Natalie Gravenor and our own Isabel Cole, and followed by a panel discussion with, from left Annie Machon (former UK spy and whistleblower), Wolfgang Kaleck (European Center for Constitutional and Human Rights e.V. ECCHR) Nadja Vancauwenberghe (Editor-in-chief Exberliner Magazine), Johanna Hamilton (director 1971) and our own Ann Wertheimer, (in a double role as chair AVA-Berlin and telling her story of being spied upon by the U.S. army in the 1970s).