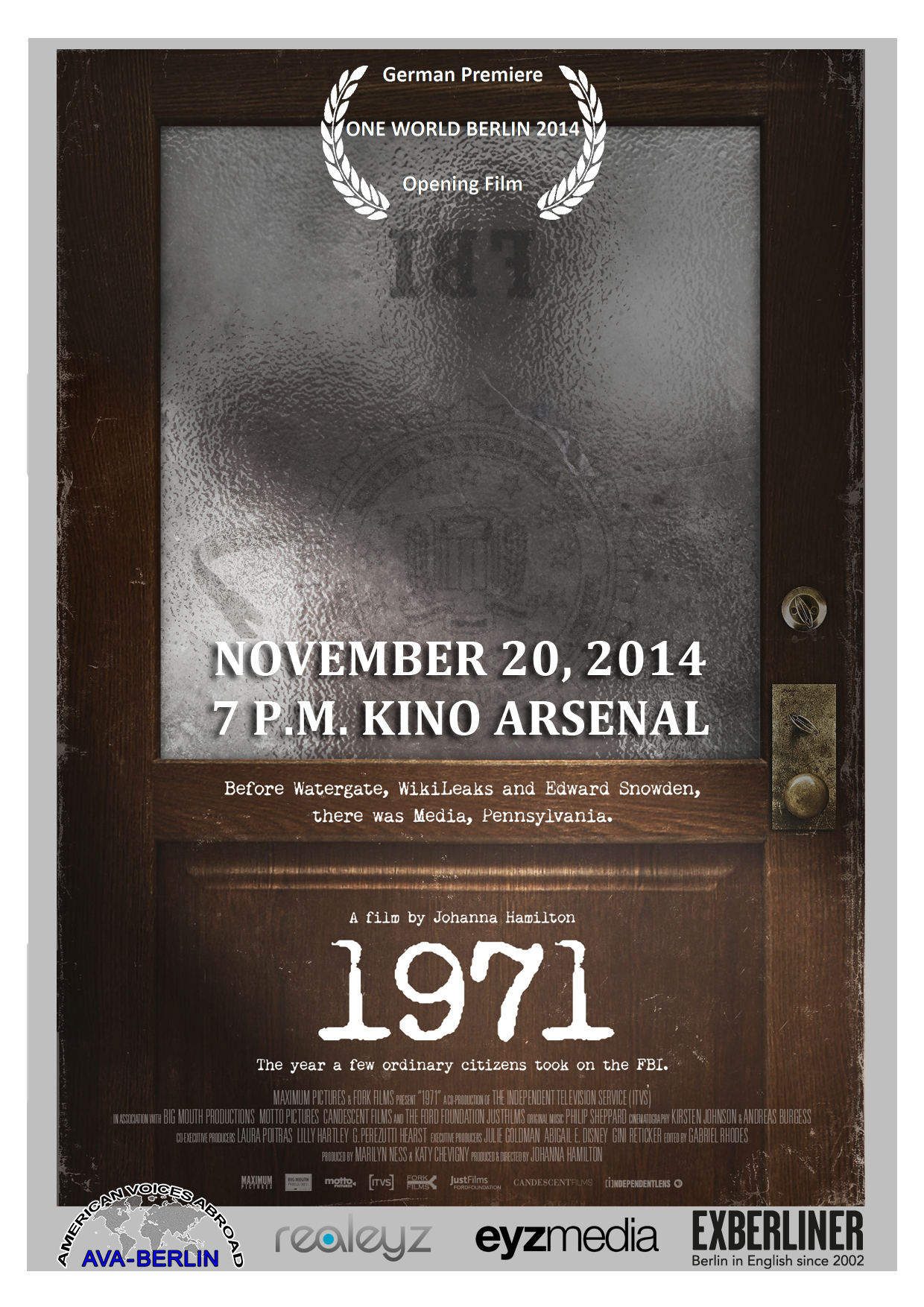 On November 20, AVA-Berlin will sponsor Johanna Hamilton’s  film 1971 at the One World Berlin film festival. Co-produced by Laura Poitras, 1971 will open the festival on NOVEMBER 20, 7 p.m., at the ARSENAL movie theater on Potsdamer Platz. 1971 tells the story of the break-in at FBI offices in Media, Pennsylvania, in that year.  Here’s the trailer for this ‘cat- and-mouse thriller’: http://www.1971film.com/. It’s a real bit of American history “before Watergate, Wikileaks and Edward Snowden”!

A discussion moderated by Nadja Vancauwenberghe, the editor of the Exberliner, will follow the screening. Special guests include director Johanna Hamilton, Wolfgang Kaleck of the European Center for Constitutional and Human Rights e.V. (ECCHR), and our own Ann Wertheimer as ‘Zeitzeugin’ of the surveillance here in Berlin in 1971. Additional special guests will be announced as soon as their presence is confirmed.

This entry was posted in Event, Home. Bookmark the permalink.